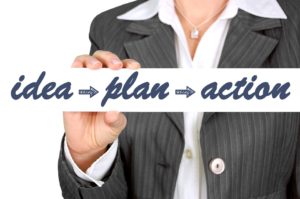 Women are Chicago are strong, authoritative and successful.  This has been the  message across the different industries in business recently.  First, there was The Women’s March on 20 January whereby 250,000 women “marchers [came] together in downtown Chicago at the intersection of Congress and Columbus to celebrate the spirit of the resistance efforts over the past year and unite to focus on the 2018 elections and beyond.”

But that was not just a stand-alone event.  Prior to the march, there was a rally that took place between 11 a.m and 12:30 p.m. between Congress Parkway and Columbus Drive, featuring local speakers who discussed:

Our different backgrounds, should be celebrated. Our race, our gender, our sexual orientation, our religion, whether you were born on this soil or sought refuge here or a future being able to come here to celebrate each other and support each other’s causes. This, THIS, is what makes America great!” Our need to be civically engaged has never been more important than it is now!”

At the end of last year, EvolveHer was launched.  Two factors are of note here in terms of timing: a) the #metoo campaign and b) the Women’s March.  While the concept of a co-working space exclusively for women is not a new one, it has been welcomed in Chicago.  With 5,000 square feet in office space, there are standard office amenities (kitchen, lounge, phone booths, etc.) and also those specific to women (milk pumping rooms, make up areas etc.). Women-related workshops are also held on subjects such as “finding your purpose,” and it is hoped that in the future 7-14 year old girls will be offered basic business classes. As Alicia Driskill, company founder pointed out:

“We have such great women’s groups and female entrepreneur vibes in Chicago, but there’s really no place to centralize it and bring us all together. We really wanted to create community, and be community driven, so that women can get to know each other and really elevate each other and support each other on the business front.”

The space can hold approximately 100 people working at once and the networking potential for these already powerful women is amazing.