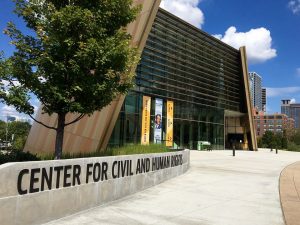 The establishment of a fourth transition committee has been announced by J. B. Pritzker as an advisory board on matters of civil rights.  To be known as the Committee on Equality, Equity and Opportunity, Marca Brista, Marty Castro and Kim Hunt will take equal responsibility for guiding the committee in the capacity as co-chairs of the 25 members.  They are all currently involved in related endeavors (Access Living; Casa Central and Pride Action Tank).

According to Lt. Gov-elect Juliana Stratton, the committee’s role is to really listen “to the communities across Illinois who haven’t been heard or who’ve experienced systemic disinvestment.”  She should know.  Being the country’s first Democratic Lieutenant Governor-elect in the 2018 election as well as the first ever black woman to be elected to that position in Illinois, Stratton couldn’t be more apt for her work on this committee. She added:

“The Committee on Equality, Equity and Opportunity will tackle civil rights issues in our state and work to ensure Illinois can protect children and families from dangerous policies from the federal government.”

In this video, a panel of individuals (from the music-business scene based in Chicago) discuss the current state of the music business scene in the region, past, present and future.

When searching for a place to conduct business meetings, conferences and events in the Rosemont area, the Crowne Plaza Rosemont offers a great solution. In this video, we take a look at the conference center located at 440 North River Road, Rosemont, IL 60018. Offering 55,000 square feet of meeting space in the conference room, each hotel room is likewise amenable for business endeavors with flat screen LCD HDTV, desk and laptop safe.

Illinois is a great place for networking, business opportunities and technology. Featuring the Illinois Technology Association and the current Feed Technology Center being undertaken by the University, it makes a great choice for conducting business. 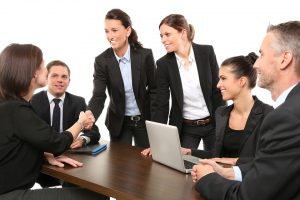 Industrious (a co-working firm) will be opening its largest location in Chicago.  The address is the 10th floor of 500 W. Madison Street and the space is 46,500 square feet. It is due to open in the summer of 2019.  In addition, Novel Coworking is also opening – at a River North building spanning 50,400 square feet offering private offices, suites and co-working spaces at W. Superior Street.

And that’s not all. Google is developing its presence in Chicago with a second building right near its current one in Fulton Market.  This will open in the fall of next year at Carpenter and Lake Streets and will measure 100,000 square feet.  At the same time, Facebook is planning on moving 250,000+ square feet of space in a 35-story office tower in the area as well. 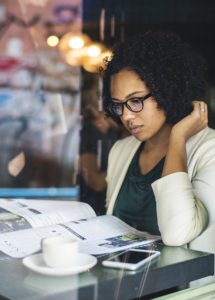 Last month, $205 million was raised in funding by technology companies in Chicago.  This trend began back in August when $199 million raised and September figures was $182 million.  Here we take a look at industries that are making these impacts.

A new initiative in Illinois is being launched for self-driving car technology. A human driver will have to sit in the car in case of emergencies but there will be a robot chauffeur “driving” the car. This new technology is however likely to seriously reduce traffic fatalities.

Another technology firm making an impact in Chicago is Rooam which is due to open before the end of the year.  The company – which recently purchased Tally – gives users the ability to pay for food and drinks at various eateries via an app. 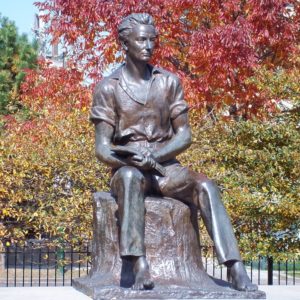 Fall in Chicago always looks good but now it’s also looking quite attractive for those in the real estate industry.  According to a recent report from a local consulting firm Tracy Cross & Associates, new home sales were 3% higher this September than last.  There was a decline however, but that was in the median price of new homes – a drop to under $350,000 in Q2 2018 and Q3 2018.

Tracy Cross’ EVP Erik Doresching explains this as being “from builders trying to gain some momentum [who were attempting to reverse a rather sluggish beginning to 2018, when year-over-year sales were down seven percent.”

Nationwide however, Chicago isn’t faring so well.   In 2017 it was ranked 42 (out of 79 largest real estate markets) but this year it dropped to 49.  Perhaps more noteworthy and concerning is that in 2016 it came in at Number 19.

Still, within the Chicago real estate industry there is some good news.  For a mere $1, lots are available for purchase within the city.  4,000 of these are up for offer – spaces currently owned by the city throughout the South, Southwest and West.  Thanks to the Chicago Large Lots Program (established by Mayor Rahm Emanuel in 2015), 2,000 lots have already been sold which are being utilized to “create new social spaces and to grow flowers and vegetables.”