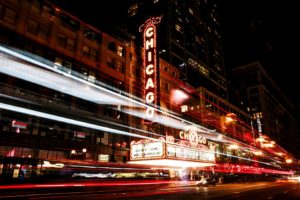 Measuring in at 104-point-one at the end of last year, the Flash Index from Illinois University’s final reading supports a ‘slow and steady’ prediction for the region’s economy.  The figure – a decrease of one tenth of a percent from November – is still on a growth spurt as anything more than 100 is indicative of an escalating economy.

However, despite this, Fred Giertz, an economist with the University of Illinois, thinks the growth is actually slower than the rest of America’s economy.  This could in part be due to Illinois’ “unsettled politics and finances.”  He believes that:

Meanwhile, specifically in Chicago, the city’s “post-recession rebound” is much greater than its neighboring suburbs.  In 2017, the number of private sector jobs there got to the highest ever level in more than two-and-a-half decades.  According to preliminary data published by the Illinois Department of Employment Security there was a 16.6 percent increase in 2017 since 2010 (during the Great Recession), way above the national 15.7 percent average growth.