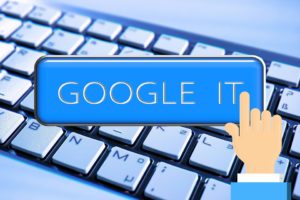 When education becomes so expensive for many of those working hard to make it happen, one has to start to wonder where society is headed.  Right now, Chicago seems to be encountering this.  The city has approached the Chicago Board of Education to borrow $389 million just to keep schools open until the end of the school year, while making the necessary deposits into teachers’ pension funds.

This price tag seems rather large.  Especially when you look at the fact that – to implement it – the Education Board itself will need to borrow against the money it owes in state grants to Chicago Public Schools (CPS) – all $467 million of it.

But then you take a look at the activities of the CPS in the tech sphere.  Being America’s third largest school district in the US (with over 380,000 students) has turned it into one of the most highly reputable, at least when it comes to advanced technology.  One example of this is Newton Bateman that has implemented the Google drill. Teachers and administrators at the school have been enlisted to Googlefy the classroom, promoting Google’s products, ultimately having students make regular use of Google Docs, Gmail, Chromebooks and more.

So while the city’s schools might on the one hand be in financial distress, if they continue classroom Googlification, they potentially could be well on their way to bolstering their image.