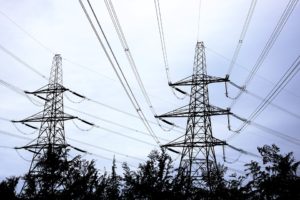 Illinois-based Acquilon Energy Services has created an Energy Settlement Network using the power of Internet technology and big-data analytics to facilitate the process for firms to trade commodities such as natural gas, oil and power. Given that there has been an increase in renewable power and smart-grid technologies, more powerful mechanisms are needed to record, evaluate and affirm the exchange of energy.

Meanwhile, Kentech Consulting was awarded a contract worth $1.975 m by Baltimore’s Board of Estimates.  It will use the money for its speedy process of police recruit background checks (10 times faster than city workers).  This has caused a bit of a stir in Baltimore whose officials believe contracts such as these should be awarded locally.

And then there is Between States – a show in which 50 designers come together to “imagine the future of the city’s 50 aldermanic wards.”  A joint venture of the Chicago Architecture Biennial and the Chicago Architecture Foundation, the 50 participating firms are being requested to look at Chicago’s underutilized spaces and figure out a future.  The event will run until January 7, 2018.