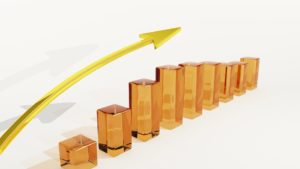 With the announcement that three Chicago-based firms are being chosen to lead the Obama Presidential Center’s project management team, the reputation for successful, thriving businesses in the region is taking a positive spin. In this role, the team will be in charge of the establishment and guidance of the processes needed to ensure the center is being both designed and developed simultaneous to budget, schedule and technical stipulations as set out by the foundation.

The three firms – Jones Lang LaSalle (JLL), McKissack & McKissack and Ardmore Associates – will each bring something else to the project. JLL has the capacity to provide the project with will bring “industry-leading practices” vis-à-vis the library’s design and construction; and the other two firms have a strong niche in the African-American community as well as the Ardmore Associates being a women-owned professional services company.

Meanwhile, over in the software industry, ActiveCampaign is set to add a further 225 employees to its ranks over the next two years, more than tripling the size of its headquarters.

With such recognition and expansion of businesses in the area, Chicago looks like its setting the pace for other regions nationwide.