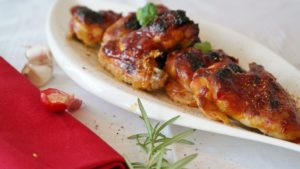 Wings, wings and more wings…Chicago is definitely known for its Buffalo wings and has some of the best ones nationwide.  This was recently ascertained in a Daily Meal ranking, which found the Windy City to be home to America’s top 25 wing establishments.   Three of those included in the list were: Superior and Wabash (no. 15), Buffalo Joe’s (19) and Bird’s Nest (20).

For Chicagoans looking for more of a nighttime activity, whereby cocktails and food are served, there is Point & Feather, run by restaurateur Adolfo Garcia. So much more than an eatery, there are 12 dart boards in the restaurant but it is not set up as an arcade or an official dart bar just “a really cool hangout that has darts machines blending in with elements of design.”   Vis-à-vis the food, the main elements are typically American and plate-sharing-encouraged.  Items include: short rib, burger, white fish, pork belly and cocktails go under names such as Queen of Thorns, Espadin Dreams and Twilight in Amsterdam.

Of course, for those looking for something that just spells out ‘Chicago,’ Schaller’s Pump is the city’s oldest restaurant and bar.  Established back in 1881 it has become quite the local legend, telling classic political and historical stories about Chicago and the White Sox.  Old-school food with no-frills booze, it’s a must-see for tourists and a “Cheers” type bar for locals.