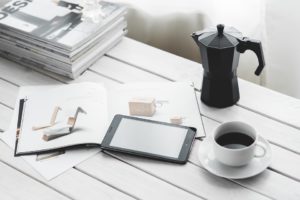 A few years ago everyone was trying to work from home.  It knocked out the commute, saved time and let you stay in your pajamas all day.  But then the trend started backfiring a bit and people craved the interaction between others and being forced to get dressed rather than be on the computer in their bedroom.  Indeed, at that time it was found that people craved the stimulation of the office environment and the networking opportunities it offered.

Thus, the We-Work/Hub situation was born.  And the best of both worlds came into action.  For those Chicagoans looking for options, today they can choose from:  WeWork Chicago (for $350-750 a month in 6 locations); Level (with different options available at there 4 locations – one close to Willis Tower and its thriving community; indoor bike racks at another and cheap fees – starting from a mere $50 per month) and Industrious Chicago (which provides a large space right in the center of River North across from the Loop. As well as office facilities this has lounge area, phone booths and relaxation rooms as well as a café).

These spaces are obviously thriving since Level Office just signed a deal for a 110,000 square foot office tower at Welton and 16th Streets.