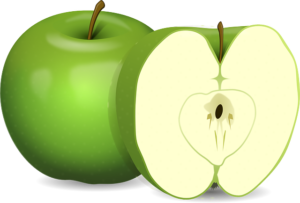 In what the food industry is hoping will be the breakthrough product for genetically modified organisms, (GMOs), a non-browning apple is about to be introduced in Midwestern grocery stores, perhaps as early as February 1st.

This high-tech apple will be sold under the brand Arctic Apple. The first introduction will be a test run to see how well the public accepts the controversial apple, which will be sold pre-sliced. The industry is hoping that the convenience of pre-sliced apples that do not turn brown will overwhelm the suspicion consumers have of GMOs.

Both critics and supporters of GMOs say that this product could be a “tipping point” in the country’s hot debate over the merits and dangers of genetic engineering, especially as it relates to food. Until now supporters of genetically engineered food have argued that the technology protects crops, bringing down prices, reducing the use of pesticides, and bestowing other benefits. The Arctic Apple is one of the first GMOs marketed directly to consumers strictly for its convenience factor.

“What companies are desperate for is some really popular GMO product to hit the market,” said McKay Jenkins, the author of a forthcoming history of the debate. “Any successful product could lift the cloud over GMOs.”

Despite the fact that there is a consensus among scientists that GMOs are basically safe, over the course of about 30 years environmental and consumer groups have been able to limit the use of GMOs to commodity crops like soybeans and corn.

The question the Arctic Apple will put to the public is whether the convenience of having pre-sliced apples that do not turn brown outweighs the bad rap GMOs have in the eyes of consumers.

“I don’t know what their chances are – it’s a very polarized debate,” said Michael White, an assistant professor of genetics at the Washington University School of Medicine in St. Louis. “But I think this is huge. What the Arctic Apple is doing, trying to push GMOs on their own merits, could lead to a more positive discussion.”