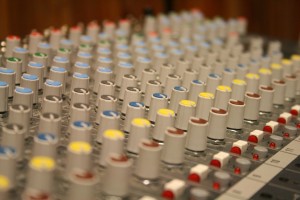 So often people who work the hardest get the least credit.  No truer is this the case than with the Oscars.  According to a recent article in The Northern Light by Steve Guntli:

“This year’s Academy Awards ceremony was one of the best in recent history: swift, topical, and, for the most part, the right movies got the right awards. But even in a good year, things tend to slip through the cracks, either not earning enough recognition from the Academy or being ignored completely.”

Likewise with Mark Berger.  True he has received awards for his work as a sound engineer (such as via: Apocalypse Now, The Right Stuff, Amadeus and The English Patient), but at the end of the day how many people really remember “the sound guy”?

Having said that, at the Oscars ceremony there is often confusion in the sound awards.  Alex Garofalo noted that people get confused about the distinction between sound editing and sound mixing.   In an article in The International Business Times, he explained it like this:

Mark Berger falls into the latter category: sound mixing. Indeed, he has in his lifetime, been a sound mixer for over 165 movies, and thereafter he used this skill to teach to others.

Let’s take a moment with these Oscars to remember the hard work of all those behind the scenes; without the skill sound mixers like Berger, movies just wouldn’t be what they are today.