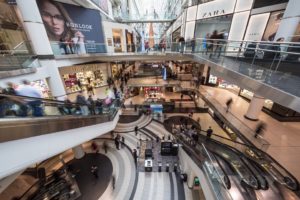 Woodfield Mall’s Microsoft Store has earmarked February as Entrepreneurship Month.  Offering workshops, seminars and mentors from Score Chicago, the idea is to help individuals in the region gain insight into how start and run a business, as well as other related subjects. Community Development Specialist at the Woodfield Mall’s Microsoft Store Paula Brkich explained: Several of our business workshops feature knowledgeable speakers from SCORE Chicago, industry partners and more, who bring tremendous value to our customers” For information and to register visit: www.microsoftstore.com/Woodfield.

If you missed that though, in conjunction with the University of Chicago, President Bill Clinton and Chelsea Clinton are hosting the (11th) annual Clinton Global Initiative University meeting.  To be held at the University, the event is expected to attract over 1,000 students nationwide and worldwide.  Topics discussed will be “some of the most pressing social, economic and environmental challenges facing the next generation.”  The idea ultimately is for these discussions to result in “commitments to action,” ultimately bolstering local communities worldwide.  Thus following the initial two days of workshops etc., the third day will be one of action whereby students will work with faculty and administrators on a priority project in one of the surrounding neighborhoods.

Talking of entrepreneurs, Chicagoan Mark Thomann is intending to bring back the drink Slice that was popular – and owned by Pepsico – in the 1990s.  Via his companies Spiral Sun Ventures and Dormitus Brands, he is hoping to have the drink in stores by the end of next year.  One of his changes is to make it healthier though as he explains that it will have less sugar, less calories and sweetened with “real – possibly organic – fruit juice.”  Thomann added that it will be “pleasantly familiar to people of a certain age.”