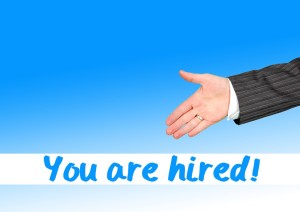 At the end of last year, there was an escalation in small business jobs in Chicago. However, the rate at which this grew was actually slower than last year. Still, by the end of 2015, there was a leveling out of jobs following on from the recession. Indeed, according to James Diffley, economist for IHS Global Insight, Chicago actually managed to “regain all the jobs it lost during the Great Recession.” Having said that Chicago (as well as throughout America), encountered a reduction in 2014 during the hiring peak that occurred when businesses bolstered employment after cutbacks caused by recession and business failures.

On the flip side, Chicago’s athletes are really bringing home the bacon. One example is Derrick Rose who plays for the Bulls. Last year he took home $35 million – $15m of which came from endorsement contracts. Furthermore, six out of the 25 highest earning professional athletes in Chicago made their debuts last year and Jon Lester, pitcher for the Cubs earned $155 million for the year. That was said to have been “the richest multiyear contract in Chicago sports history.”

Overall however, it seems that last year’s employment market in Chicago was a bit of a disaster. A combination of near-stagnant international growth, the aging population and collapsing oil prices were the cause of this. There was an average of 1 percent less in employment growth for a second consecutive year in 2015; a statistic that has only ever happened four times since 1945.