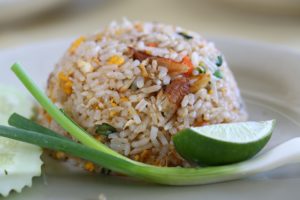 Chicago has been making a lot of money with its tourists recently.  A record number of people visited last year – more than 55.2 million – a 2.5 percent elevation from 2016 visitors.   This was up significantly from 2010 when there were approximately 39.25 million visitors.

It’s possible that this elevation in “leisure travel” – as suggested by the Mayor – could be due to Bon Appetit’s recognition of Chicago as “Restaurant City of the Year.”  And what this means is the economy is benefiting as more jobs are created.  As Mayor Emanuel said:

“By continuing to set new tourism records and bring millions more people to Chicago every year, we are generating economic opportunities that reach every Chicago neighborhood. The combination of record-setting growth in leisure visitors accompanied by record-setting results from the major conventions that choose to meet here is an outstanding barometer for the overall success of Chicago as a thriving destination.”

Agriculturally Illinois is doing well. Apple growers in the region encountered an excellent crop.  According to Curtis Orchards in Champaign, orchard grower Randy Graham: “It was a good apple crop overall. I’ve been talking to a lot of growers … and everyone’s been fairly strong across the state. A lot of people have been saying they are about 80 to 85 percent of last year’s sales, and last year was a stellar year.” The success of the crop was due to correct weather conditions despite several rainy retail weekends.