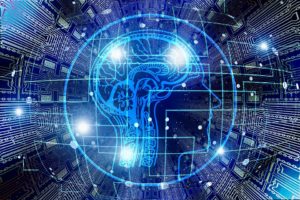 While Illinois boasts  the second largest producer of computer science graduates nationwide, there is still a severe lack of STEM graduates.  As such, universities in the region are trying to encourage students to think about the possibilities open to them with a degree in this subject.

One way the schools are doing this is by offering new types of experiential education.  Rather than simply offer the standard projects assigned by teachers and internships, there are now other ways students can learn.

Two years ago, local energy entrepreneur Michael Polsky gave a staggering $35 million to the University of Chicago to set up the Polsky Center for Entrepreneurship and Innovation.  Through this, it is hoped that the “next generation of entrepreneurs and innovators [will be] fueled with the knowledge, skills, and experience to make a powerful social and economic impact.”

Then there is the work of Patrick Murphy who realized that students who had not learned coding “struggled to thrive in traditional computer science.” As such, three years ago he set up a 16-week coding academy giving students a real project to practice what they have learned on. He then joined local entrepreneurship and innovation center Blue1647 enabling students to meet off campus once a week to learn basic skills in simple computer language which would add website launching and app development to their skills.

Chicago is clearly on its way to giving its students the steps needed to go out into the job market.